Virginia Lombok tobacco production in the 2019 growing season increased by 13% compared to the previous year. The average planting area reaches 25.000 Ha with a total production estimated at 44.943 tons. The partner company of the Virginia Lombok tobacco market has confirmed that it can absorb between 38 thousand tons to 40 thousand tons. But for the absorption of tobacco harvest this year the time will be longer. If previous years can be finished up to October and November, then this year is expected to be until December, or even February 2020. 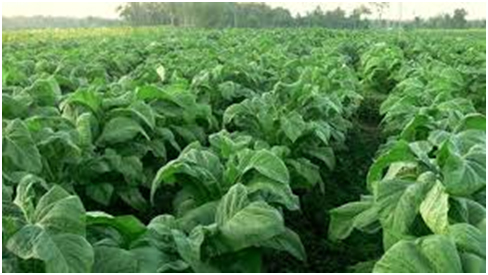 From the 11,210 thousand hectares of tobacco land, divided into several types of tobacco: 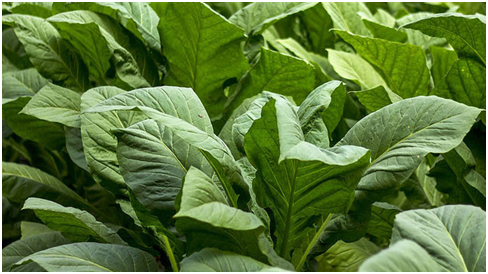 The production of Besuki and TBN in Jember in 2019 is not much different if compared with the previous year. It is about 6.800 tons covers for TBN, Besuki Nota and Besuki Na Oogst. 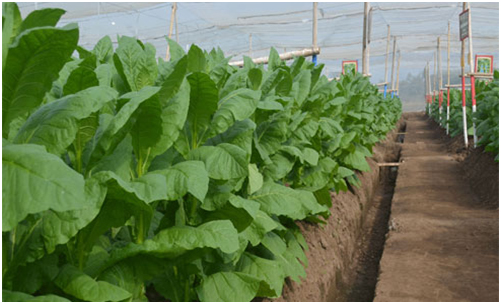 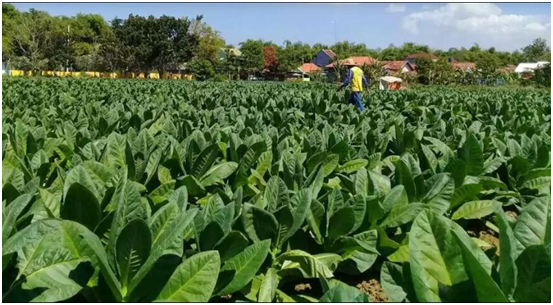 In general, the quality of planting tobacco in Central Java in 2019 is better than 2018. Tobacco production has increased by 1. 48%. Estimated production reached 46,811 tons. Tobacco business in Central Java 76.03% covering  tobacco, shredded, asangan, garangan and virgina. While 23.07% is a vortenland in Klaten which is a large plantation of PTPN X.

Even the tobacco production in 2019 increased, however local tobacco supplies were still unable to meet the needs of the domestic cigarette industry. The reason is, there are several varieties of tobacco that are not produced domestically and the lack of supply of one variety. Meanwhile, the varieties that dominate tobacco imports in general are Virginia, White Burley, and Oriental.

The 2019 FCV market concluded in November. Total crop size is calculated as 142 million kilos. The overall quality of the 2019 FCV crop can be classified as fair to average. Average buying price from farmers is USD 4.12. The growing season experienced a number of mitigating factors such as excessive rains during transplanting which was closely followed by record breaking heat and dry temperatures that stressed the crop. Hereafter, hurricane Dorian caused plants to produce ethylene and as a consequence accelerated over ripening of the upper stalk tobacco. Contracting and grower meetings for the 2020 crop season have been delayed due to the ongoing COVID-19 virus.

The 2019 Burley market concluded in February. Crop size is calculated as 36 million kilos which is 12% less than last year. Average buying price from farmer is USD 3.90. The seasons deliveries of early harvested tobacco exhibited the good quality and color, while tobacco which was harvested later, was lower in quality and darker in color. This is predominantly due to the hot and dry weather conditions experienced during the latter part of the curing season. US government has banned to import tobacco from Malawi which may have positive impact on US tobacco growers. The United States imported 6.8 million kilos of Malawi Burley during 2019. Some of the US. purchases of Malawian Burley tobacco may now be replaced by US. grown Burley.

DFC crop size is calculated as 18 million kilos and DAC crop size is calculated as 5.8 million kilos in 2019. Angular leaf has been the most wide spread disease that has significantly affected a large percentage of the crop. The result of Angular leaf disease accompanied with a wetter than usual growing season has resulted in negatively effecting crop yields as well as quality. As a result of these, crop is 25% less than last year and quality can be classified as average.

The 2020 FCV harvesting season has been completed in Brazil, expected crop size is 550 million kilos. This year crop is negatively affected from drought weather. As a result of these, nicotine levels have gone up to 5%. Most of the lugs and cutter grades are going to be used in leaf grades in order to decrease nicotine level of the blends. Therefore, authorities are expecting a lack of filler grades supply for export market.

Burley crop size is estimated as 60 million kilos in 2020. Field productivity has been hampered by drought conditions. However, quality of the tobacco can be classified as fair to average with color ranging from tan to buff trend.

Due to the Covid-19 virus, operations closed on the 24th of March and reopened again on the 6th of April. However, this has been done at reduced capacity, in line with government health regulations and recommendations. All operational activities (buying, processing) at this time will adhere to current government regulations in order to safe guard the wellbeing of employees.

85% of the FCV crop has been purchased by companies. FCV crop size of Salta estimated as 34 million kilos. FCV production lost over 3 million kilos due to severe hail storms in the province of Salta. Due to high inflation and increased production cost farmers are demanding 50% increase on green price. Negotiations are still keep going, FCV prices are not settled in Salta.

In the province of Jujuy FCV production has reached to 30 million kilos. It was a good year in terms of FCV quality with orange to intense orange color and very good maturity level. However, authorities fear that part of the tobacco that hasn’t yet been delivered because of lock down, will lose quality in the meantime.

Burley crop size estimated to reach 36 million kilos in Argentina. In the province of Misiones, companies have reached an agreement on the price with the farmers. The recognized price represents a 59% increase compared to the price paid in the previous year. Deliveries commenced on 6th of April; quality of the tobacco can be classified as fair to average.

Indian Tobacco Board has authorized an NLS 2020 crop size of 46 million kilos. However, a crop size 42 million kgs is anticipated which was transplanted in 17,000 hectares and 90% of the crop has been harvested. Average market price is expected to be USD 2.30 for this year.

Vinukonda Burley crop size is calculated as 29 million kgs in 2019. Entire crop has been harvested and quality of the tobacco is good due to good rainfall over the growing period. Crop size is 16% more than previous year. Average buying price from the farmers is USD 1.05.

The 2020 HDBRG crop harvesting is nearing to completion and crop size is estimated to be 35 million kgs. Early deliveries have been characterized as good owing to widespread rainfall received during the growing season. Crop size is 25% more than previous year. Due to increase on supply, average buying price from the farmers has been dropped to USD 0.59 which was USD 0.85 last year. All the tobacco operations have been suspended by Indian government until the 3rd of May, in the response to the COVID-19 virus.

Since lock down is over in China, GLT’s have re-opened and started packing 2019 FCV crop again for domestic and export markets. Please be advised that export quota is 20% for the 2019 FCV Crop. Due to excessive rainfalls over growing regions characteristic of 2019 crop is less bodies and less mature compared to previous year.

Burley sowing operations have been completed and expected crop size is 5 million kilos in 2020.

China still has good amount of old domestic stocks and the industry is continually releasing these stocks for the sale in the export market.

The 2020 Burley crop size is calculated as 24 million kilos. Weather and growing conditions have been reported as being favorable, with satisfactory and uniform crop growth. Purchasing season was planned to start on beginning of April, however, government has extended the lack down until the 25th of April.

FCV crop size is anticipated as 85 million kilos which is 10% less than previous year. Quality of the tobacco can be classified as fair to average.

The crop size decrease is primarily centered on an intentional reduction due to a high stock duration held by major local manufacturers. Due to stocks from previous year, there will be an increase in export availability, particularly in filler grades.

FCV production has been estimated as 225 million kilos in 2020 which is 13% lower than previous year. The irrigated crop is down in volume compared to recent years. However, the dryland crop has exceeded the earlier forecast yields and volume is expected to be up on earlier expectations. As a result, the overall production level of commercially grown tobacco is slightly less than 2019 volumes. Due to ongoing serious drought conditions and high temperatures over the Mashonaland growing regions, crop quality is ranging between ripe to over ripe.

The Tobacco Industry and Marketing Board has announced that tobacco growers will be paid like last year. Zimbabwe’s tobacco growers will only receive 50% of the revenue in US$ the remaining share of the revenue is paid in the domestic currency. The domestic growers’ associations, growers’ and several tobacco stakeholders spent a significant portion of 2019, emphasizing the importance of the US dollars for tobacco growers. Lowering the amount, what they receive will severely impact the ability to reinvest and retool.

Government has announced a lock down until 22nd of April due COVID-19 pandemic. Moreover, even when the lock down is over, government has banned gathering of more than 100 people, which will slow down the marketing activities in auction floors. 75% of the crop is still waiting to be marketed and farmers expressed their concerns that if the marketing season get postponed, tobacco can be contaminated due to poor storing conditions in farms.

Turkish Oriental tobacco production has reached to 68 million kilos in 2019.

Izmir volume has increased comparing to previous year. A surge in interest for Basma increased the volume for 2019 but the spike is predicted to be temporary.

Overall quality is better for Izmir and for the other varieties the quality is similar compared to crop 2018.

Ministry of Agriculture and Forestry initiated an idea to regulate Turkish tobacco use in cigarettes produced for the Turkish market by the manufacturers.

The goal is to replace the part of imported tobaccos with the Turkish origin in order to have a better trade balance.

Overall production remained stable and Oriental tobacco crop size is calculated as 26 million kilos in 2019 in North Macedonia. The quality of the tobacco is slightly better than crop 2018.

Current subsidies are seen to remain for the near term.

Currently, the government is preparing a “Tobacco Strategy Program” for the next 7 years.

Total crop size is calculated as 5.2 million kilos in Bulgaria in 2019.

Quality of the crop is slightly better than the previous year.

Same crop size is anticipated for the 2020.

Preparations for the 2020 Burley crop are ongoing, while the majority of the growers have already commenced to harvest. Planting rains were received across the country in early December, with overall cumulative national rain fall having been above historical averages. The high rain falls have continued through February and into March. Due to high levels of rainfall, crop stands are slightly uneven and tobacco leaves are thinner than previous year. Expected Burley crop size is 120 million kilos which is 15% lower than previous year.

The Malawian president has declared a “state of disaster’’ in the country in response to tackling the threat of the COVID-19 virus. Industry representatives are currently negotiating the market opening date.

The 2020 FCV crop size estimated as 50 million kilos which is 29% less than previous year. One of the largest tobacco producers in Tanzania decided to stop their operations in 2020 and this decision has a major effect on this decrease. Overall quality of the tobacco can be classified as above average. Crop is soft, ripe and medium to heavy bodied. Limited fields were flooded as majority of the fields were well drained and located at good gradients. Fertilizer split applications due to heavy rains helped to most of the farmers in order to achieve desired crop styles. Buying season will start in the middle of May.

DFC crop size estimated as 1 million kilos in Tanzania. Quality of the tobacco is above average and heavy bodied. Nicotine levels are higher than previous years. Buying season will start at the end of June.

Tanzania is not much affected from the pandemic and operations are still on going as usual.